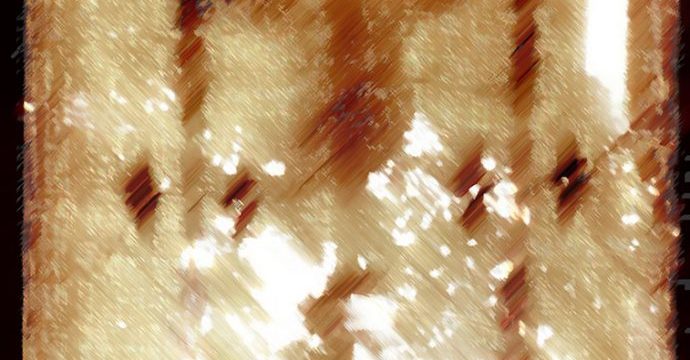 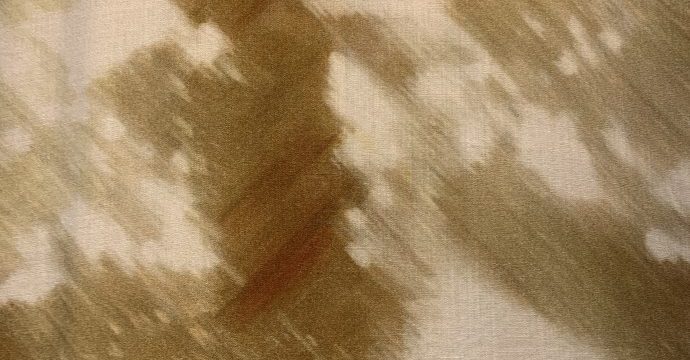 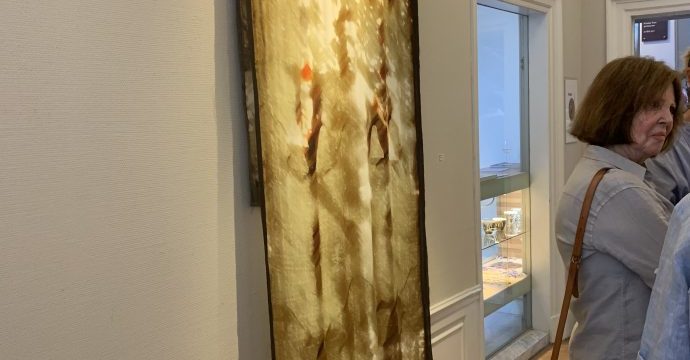 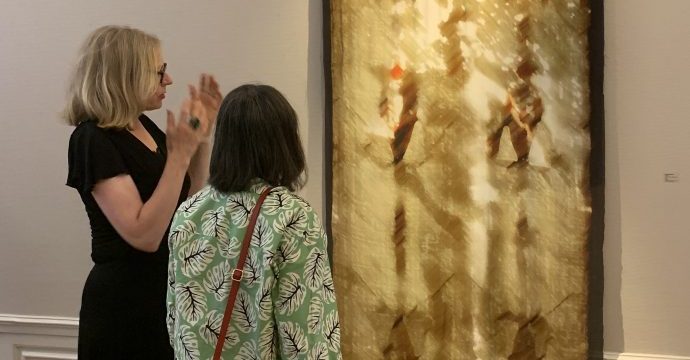 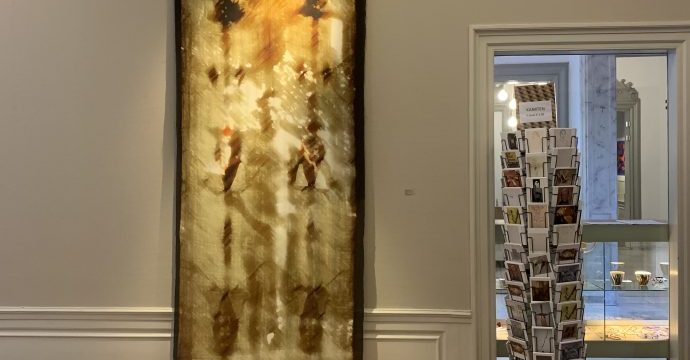 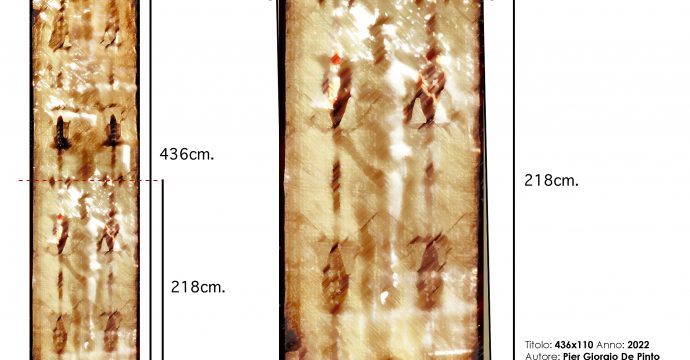 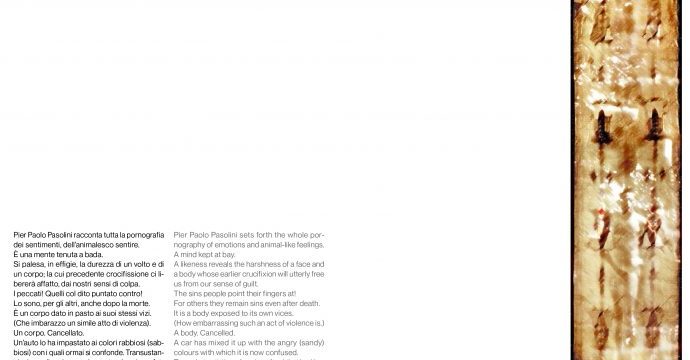 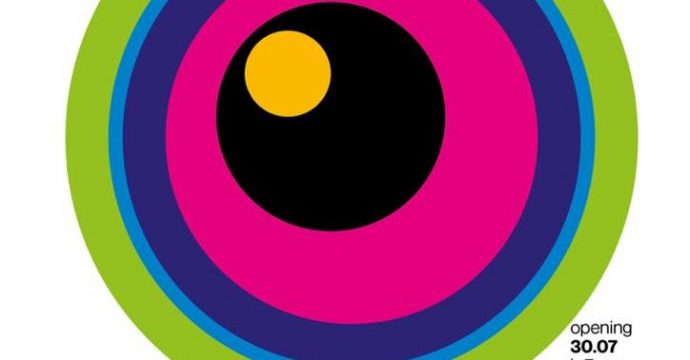 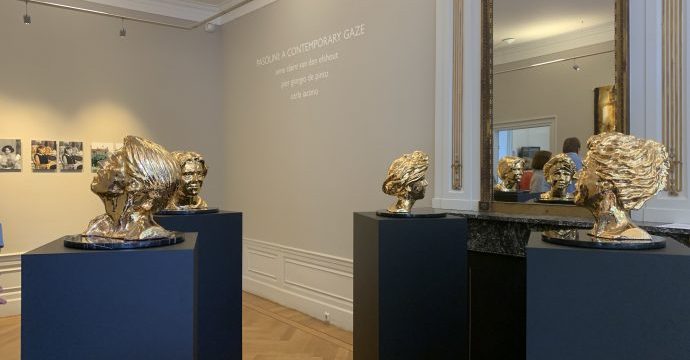 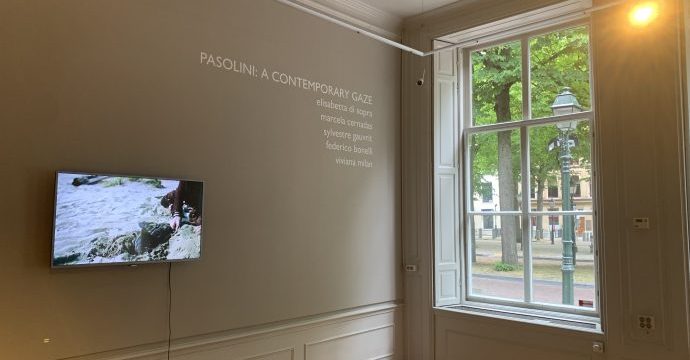 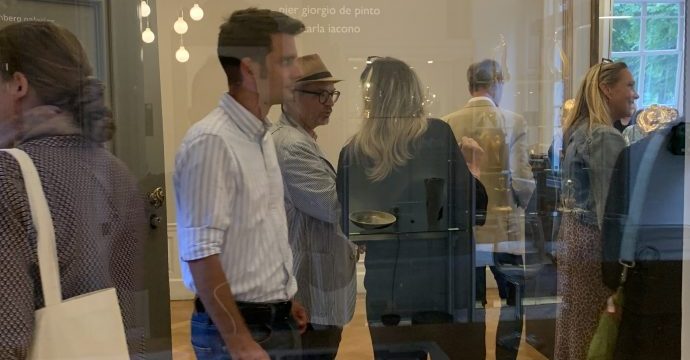 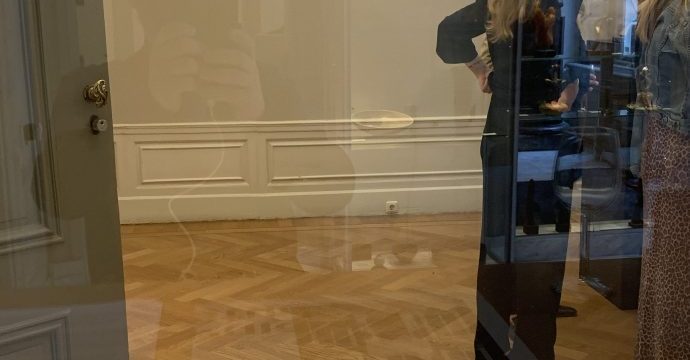 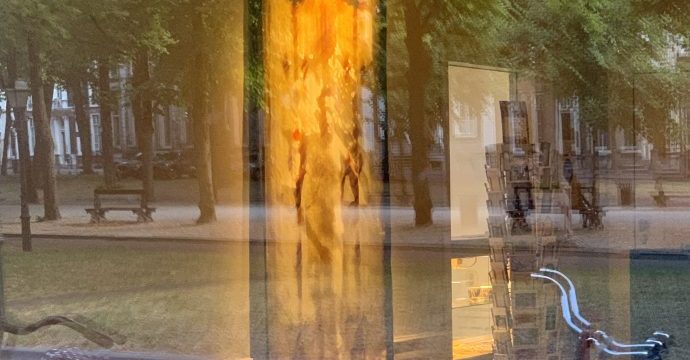 Dedicated to Pier Paolo Pasolini and shown at Pulchri Studio, The Hague, The Netherlands on the occasion of the group exhibition “Pasolini – Lo sguardo del contemporaneo”. (Pasolini. A Contemporary gaze). Curated by Virginia Monteverde.

This exhibition, in which Italian and Dutch artists offer us works inspired by Pasolini’s work and created with different expressive codes, it only confirms the “classic” status achieved by PPP (Pier Paolo Pasolini), that is, according to the well-known definition of Italo Calvino, someone who “has never finished saying what he has to say”. (Paola Cordone).

The exhibition was organized by the Art Commission and Etherea Art Gallery in collaboration with Pulchri Studio, with the patronage of the Italian Embassy in the Netherlands and with the support of the Italian Cultural Institute in Amsterdam and the Italian Chamber of Commerce for Holland.

A catalogue of the exhibition has been published with texts by Paola Cordone, Carlo Montanaro, Virginia Monteverde,
Language: Italian, English, translations by Ian Harvey. ISBN: 978-88-6057-542-5

During his stay in The Hague, De Pinto had an interesting meeting with the writer and journalist Margreet Hofland regarding the choice of the work that He shown in The Hague at the Pulchri Studio. From the text of Hofland, which She wrote about the exhibition for the newspaper The Hague Central, we can read some considerations in this regard:

Many Italians see Pasolini as a martyr because he defended the poor, homosexuals and dissidents. His violent death is still shrouded in mystery. Although the culprit was arrested, there are still many who believe there was more.

The artist Pier Giorgio de Pinto uses the latest media in his work and has created a Pasolini ‘shroud’ for this exhibition. He used a canvas of the same size as the ‘original’ Christ shroud (named in italian Sacra Sindone) exhibited in Turin, which is why the work was titled ‘436×110’. Blurred images of the front and back of Pasolini’s body are printed on it. De Pinto made the images from some historical photos collected by himself. He explains: “When you get close, you see his naked body looming over. I put a hand on his genitals as a sign of respect for his totally devastated body, of which there was nothing recognizable after the accident. Pasolini was a media outsider and was treated like an animal. There is not even an official tomb. Nobody wanted to talk about it at the time. At the moment it is not yet possible to exhibit this work in Italy. It is considered a blasphemous work, because the Sacra Sindone of Turin remains a sacred object “.

Article for the newspaper The Hague Central of 4 August 2022 by Margreet Hofland.

Pier Paolo Pasolini sets forth the whole pornography of emotions and animal-like feelings.

A mind kept at bay.

us from our sense of guilt.

The sins people point their fingers at!

For others they remain sins even after death.

It is a body exposed to its own vices.

(How embarrassing such an act of violence is).

A car has mixed it up with the angry (sandy) colours with which it is now confused.

Transubstantiation of unclean food that had become Man.

Sublimation of a poor Christ.

We are left with a grubby shroud.