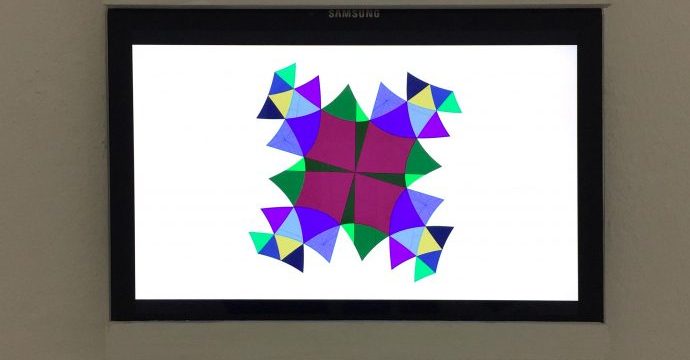 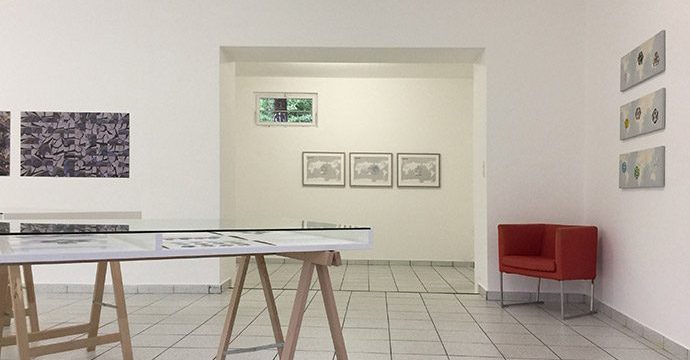 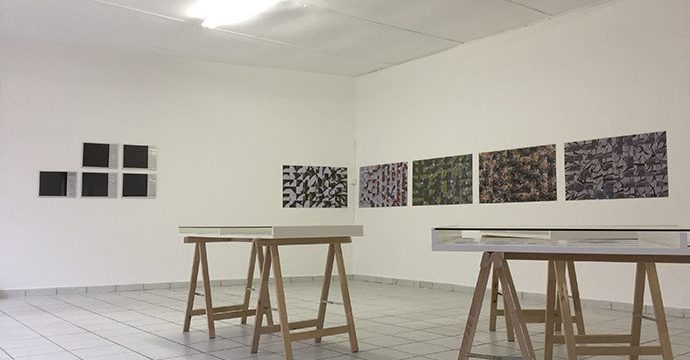 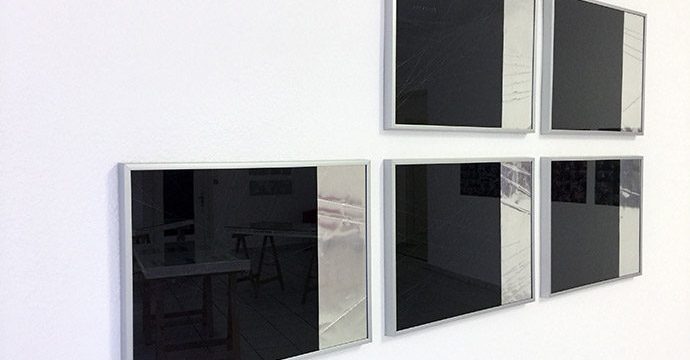 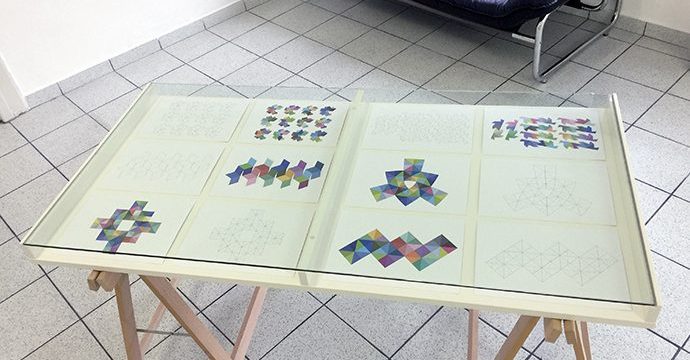 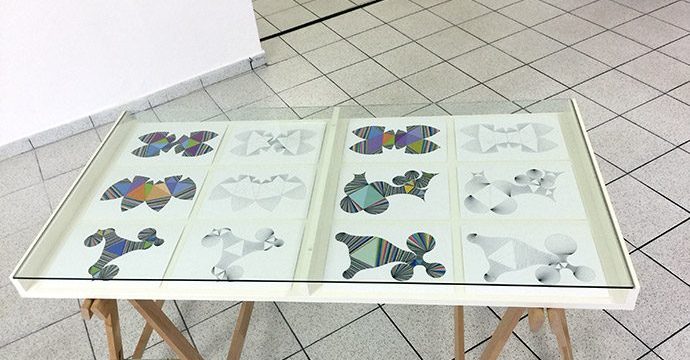 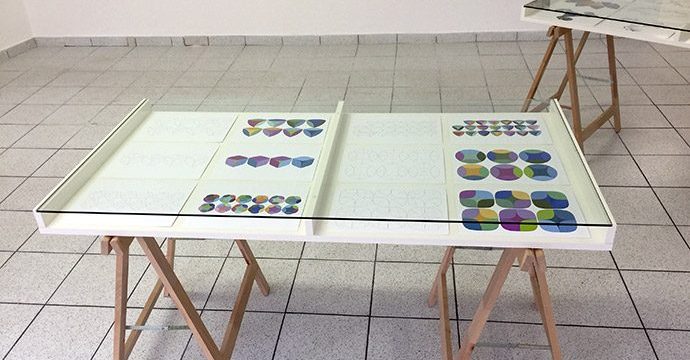 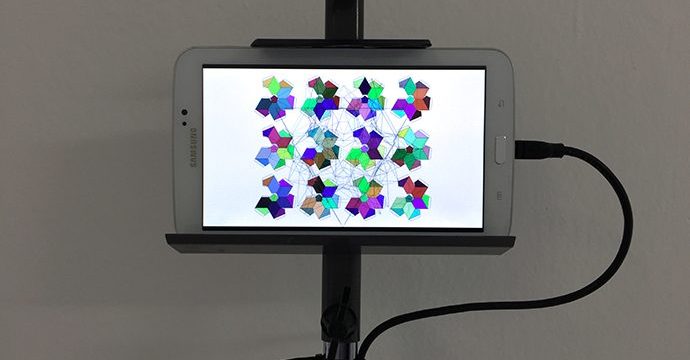 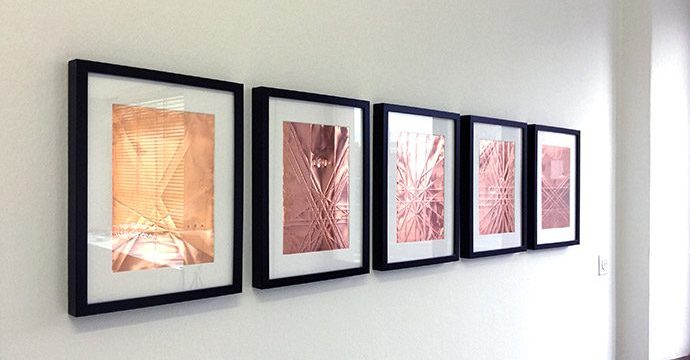 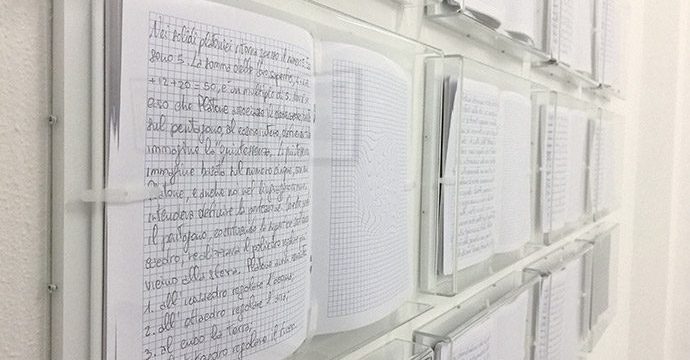 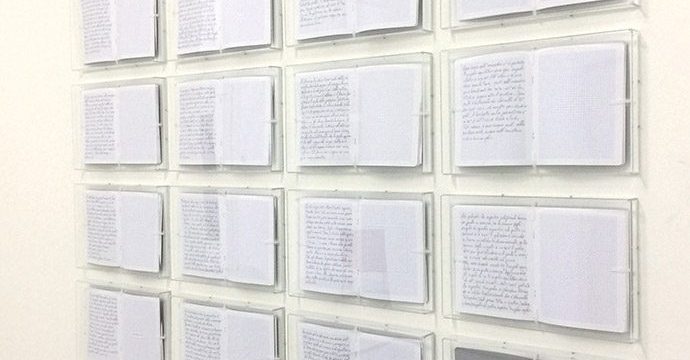 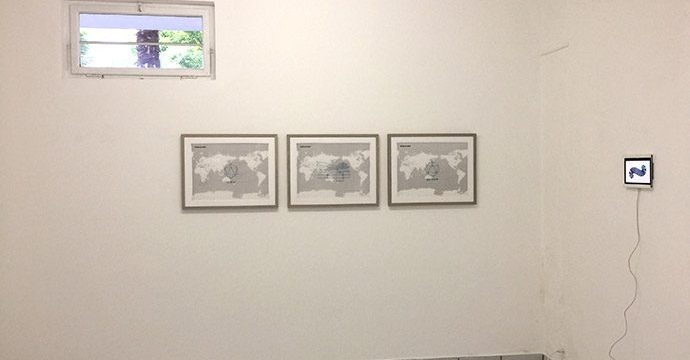 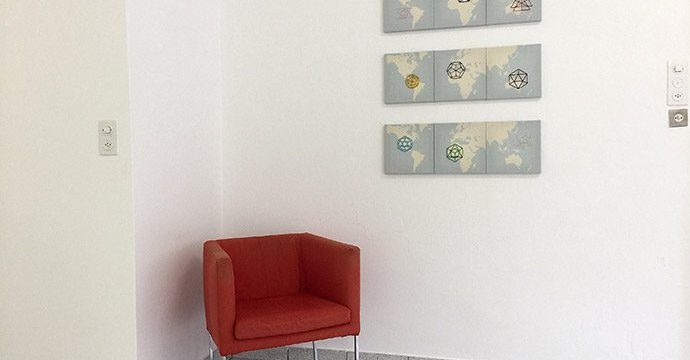 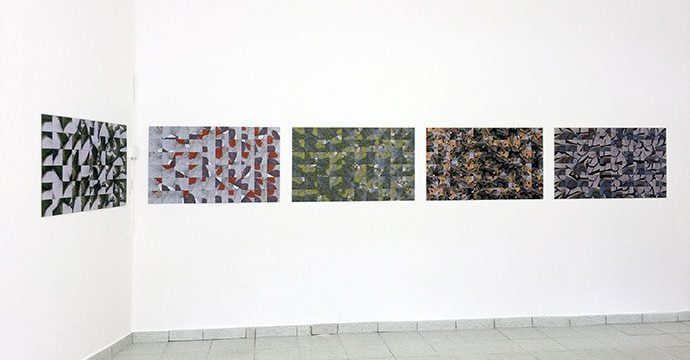 Evoluzione di un progetto di costruzione (Evolution of a construction project).
Solo show at Spazio 5B, Luca Berla Collection, Bellinzona, Ticino, Switzerland.
April 29th – July 1st 2017
About the project.
The solo show is about an evolution of the Future is now project that I am carring on since 2010.
The photos are always taken by me going all around the world in some places I read about, because of their special “genius loci” (spirit of place). For the project I used the photos taken in Florence in a particular park that is at the beginning of the city in “Novoli”. Novoli is a city quarter in the northwestern part of Florence, Italy. It was part of the former comune of Pellegrino until 1865, when it became a part of the comune of Florence. There for many years nobody built buildings or temples or factories, even in the ’70s when in Italy it was the economical boom and everywhere people built.
So I started doing some researches, why leave such a big area without constructions? I discovered that around 2008 a group of architects created a park in that area. The interesting part is that is not a typical park where we are use to go. Strange ponds of waters made by pieces of marble and iron, odd bridges… and so on. So that area is still use to be a very special one.
I was really fascinated about it and in 2009 I was there taken some areal picture thanks to a friend that had a little remote control helicopter to which I attached a little cam. (at that time no cheap drones were already sold )
At one point they started to built around the park a new residency area, here the project

The other research I made was about the court-house that is just in front of the park. With my big surprise I discovered that it is built following the shape of the 5 platonic polygons…why? Again some odd connections. That was the ispiration for my work for Regionale with his 5 Platonic polygons and photos from there.
For other projects about Genius Loci I was for example in Armenia and also there I have taken some photos and video in some special areas in the South, because I read about them.
I went also in Turin, Italy because of a particular new building which is mix between a jungle and a tree house. it is named “25 Verde” building.
https://www.youtube.com/watch?v=-nUKuiEMcKc
In the future what I would do:
There is also in Basel a special place in which I want to do a research because of is special energy and history that is the new area on the New Rhine River Promenade St. Johann Basel. I hope to find a residency to do some research there. I went there in May just to take some first quick pics: https://www.flickr.com/photos/pgdepinto/albums/72157665612323373. I want to do a project using the numerous security cameras that are there, creating a real and virtual link with coordinates and gps, qr codes, google maps about the port and the Grenze.
____
Usually I use photos and images in which I can find the hand of the man leaving a place as it is or when He transforms it through architectures, buildings, temples, artificial ponds and lakes, artificial nature/hills/mountains, drained and cleared areas.
I choose photos in which, when I fold the sculpture both virtually and in reality, the sculpture itself creates a complete microcosm with which we can fall in love as a miniature, as a toy model; with which we can play and in which we can recognize our planet Earth as part of us, of our environment. It is something ancestral and alchemical that attracts people to be discovered.
The solo show refers exactly to the studies of Plato but not only him defined that connections… The Tetrahedron contains a photo with Fire and rocks, the Octahedron contains a photo of skies (Air/Aether), the Cube as symbol of Earth, the Dodecahedron (the closest to the sphere form) as Gaia (Mother Earth) and the Icosahedron contains a photo of Water.
To organize his teachings about the origins of life Plato designed a shape he called the ideal body of the cosmos, the Mother of Becoming.  He describes it as a sphere, composed of 120 identical triangles, that contains the five dynamic elements of creation: Fire, Earth, Air, Water, and Aether (Life Energy).
Not only Plato refers to them, most, if not all, of the world’s cosmologies assign primary dynamic roles to the same five elements Plato identifies.
Each has a unique and indispensible role in the cycles of transformation of the living material cosmos—that is, in what we would call the ecosystem, environment, Gaia, or Mother Earth.  Fire  is purification; Earth a principle of materialization; Air a cosmic cycle of breath; Water flow; and Aether an ineffable refinement.
In the Platonic cosmos, each of these elements was symbolized by one of five perfectly symmetrical geometric shapes, the so-called Platonic solids. These same shapes were also well-known and modeled by many earlier cultures, though geometry (the art/science of “Earth measuring” or, alternately, “Divine mothering”) is usually attributed to the Greeks.
Spiritual leaders among many tribes in native North America had a remarkably similar vision.  The Sioux universe, for example, is also spherical and contains the same five creative elements.  In the Beginning, they say, the universe was composed of numberless “hoops” (circles), each a kind of skeleton with no substance. All was orbits within orbits within orbits. Earth came into being when the Creator called together “the sixteen hoops.” Fifteen of them formed the body of Earth, and the sixteenth located her in relationship to the Sun upon a common circular plane—the ecliptic.
Plato did not think in terms of circles, but in fact, it is exactly fifteen interlocked circles that creates his spherical container of 120 identical triangles!
The book I used most for Future is now project, and as sub-project, Polyedra and in the brand new project Corpora Polyedra is the De divina proportione with interesting mathematics written by Luca Pacioli and spectacular drawings by Leonardo da Vinci,
https://en.wikipedia.org/wiki/De_divina_proportione
I close this text with a marvelous quote by Galileo Galilei

Philosophy is written in this grand book, the universe, which stands continually open to our gaze. But the book cannot be understood unless one first learns to comprehend the language and read the letters in which it is composed. It is written in the language of mathematics, and its characters are triangles, circles and other geometric figures without which it is humanly impossible to understand a single word of it; without these, one wanders about in a dark labyrinth.