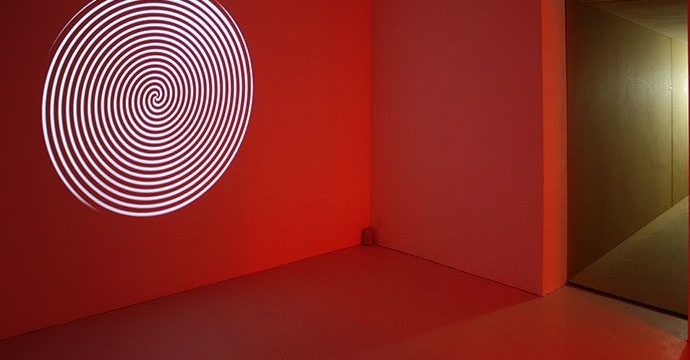 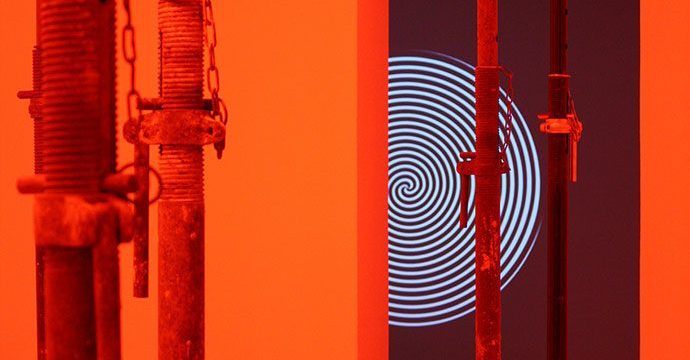 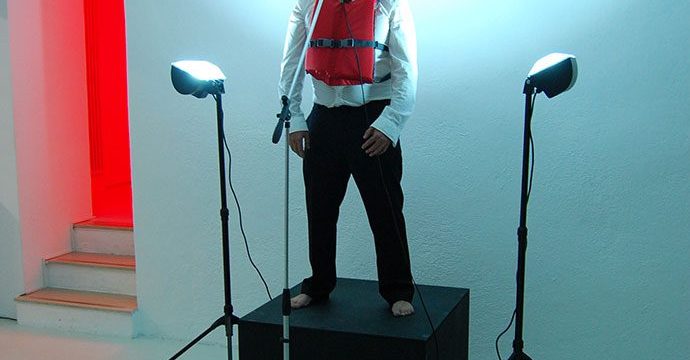 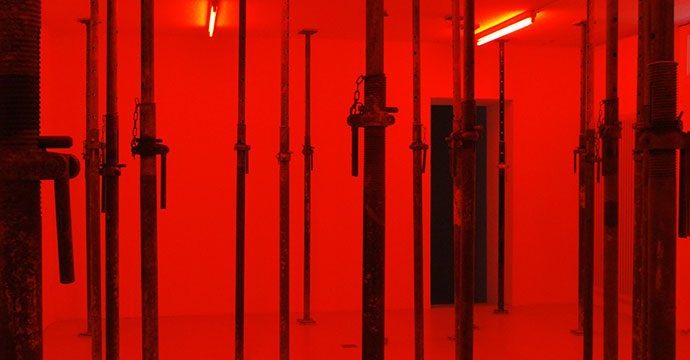 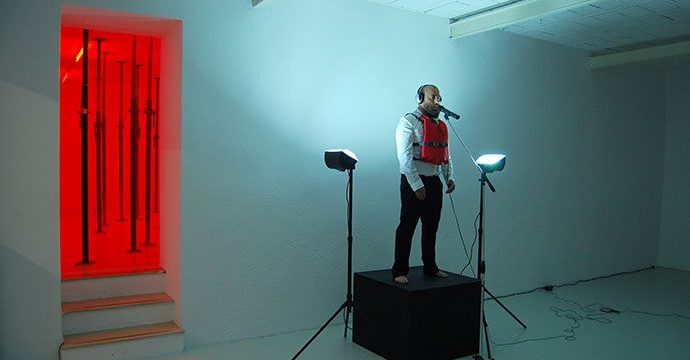 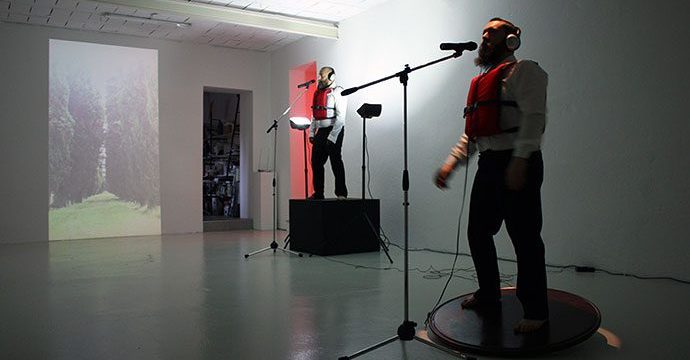 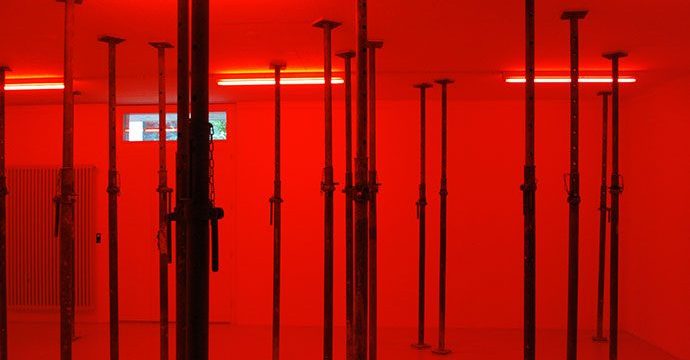 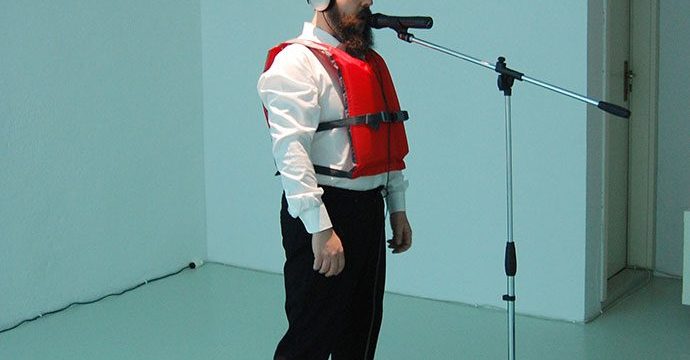 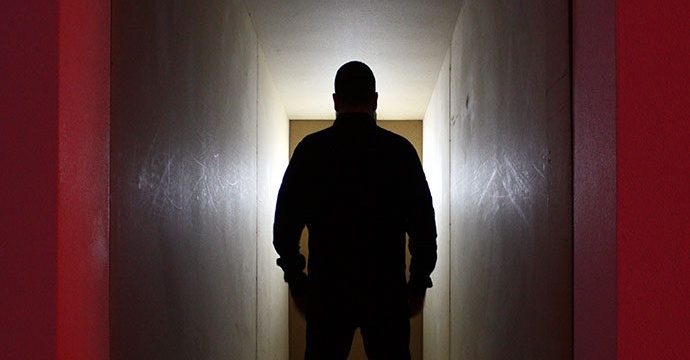 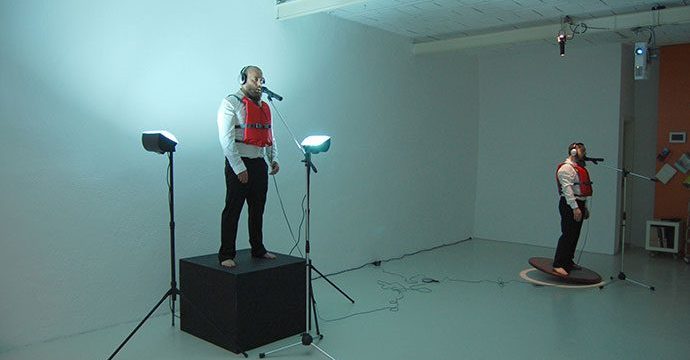 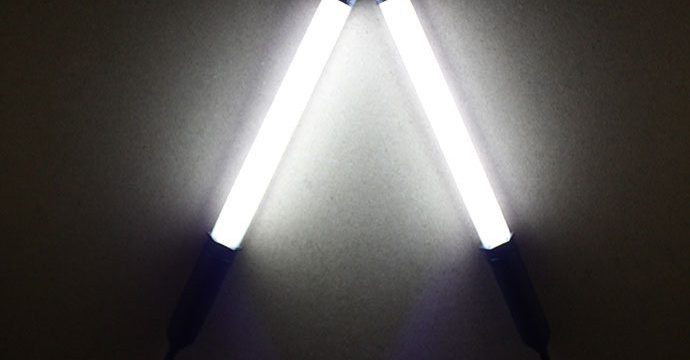 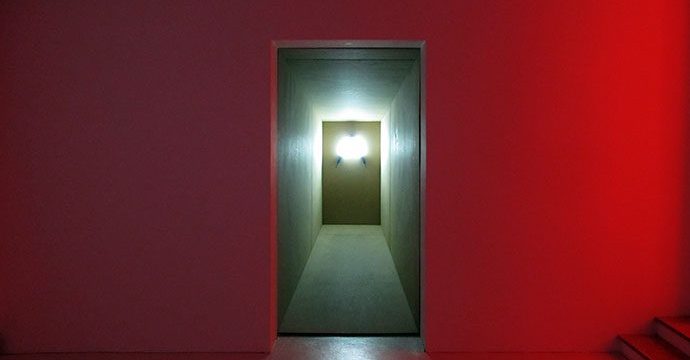 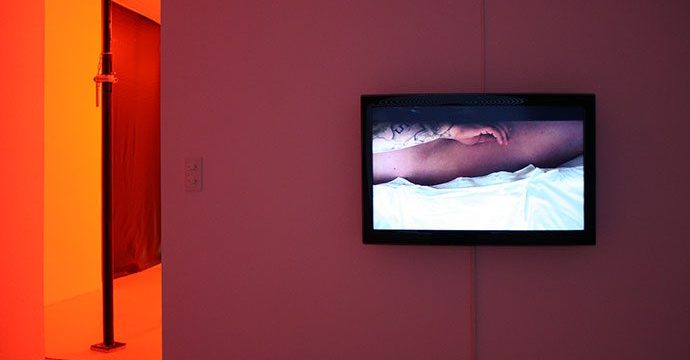 “However complete it may be, the union of two souls will always leave differences that make conversation a pleasure.”

The MACT/CACT brings 2015 to a close with an exhibition entitled FRAUGHT, devised and conceived in 2014. The two artists who are making this anomalous project happen are PIER GIORGIO DE PINTO and VALTER LUCA SIGNORILE, who have combined forces for the occasion to create a joint thematic project for four hands.

FRAUGHT (frɔ:t) is a term with a venerable pedigree: northern European in origin, it encompasses a variety of different meanings, including those of ‘charged’, ‘weighed down’, ‘full’, ‘dense’ and ‘pregnant’ with archetypes. It is with the diverse meanings of this term that the two artists have worked to develop their entire site-specific project, which embraces all four of the exhibition rooms available. Each room has been named with the neologism ‘FRAUGHTIANA’ (or ‘FRAUGHTIAN’) and each of them has a number, whose sequence follows the Fibonacci progression: 1, 1, 2, 3. This sequence was theorised by the mathematician Leonardo Pisano, known as Fibonacci (1175-1235), as a result of his observations of nature; its progressive development is indicated by the exponential increase of the number. For the two artists, who ponder man’s existence from birth to death, this numerical sequence represents a deflagration and a liberation after the stratification of human experience, from the pain of giving birth to the awareness that we lose the possibility that we may ever live in an ideal world. As a consequence, the artist once again takes his place – within his unreal dimension – in the nerve-centre of an existential and/or autre potentiality. DE PINTO and SIGNORILE play with the various different planes, with the stratifications of time laid down by their individual life experiences in society, almost as though they were acting outside of time, to a certain extent in the manner of a novel by James Joyce, since the exhibition’s two drivers are poised precariously on the knife-edge between foetal unawareness and the awareness that comes from the metaphorical experience of life.

The rooms contain no particular works – nor would their existence be of any importance to us – but an invitation to an immanent perception, which takes place amid contextual and environmental installations and evocative sound installations. The circle, roundness, cycles and spheres are the elements at work in FRAUGHT, where visitors will experience dual and dualistic states of mind, sometimes both reciprocally conflictual and at the same time complementary.

Every path within FRAUGHT leads towards a moment, a reflection, an action or a stasis, but always and in any case man’s motion towards the universe, wandering between allegories and symbolisms. Every work in a given room bears the name of the room that contains it and, with the effect of a crescendo, the last stage achieves the pathos and symbolic energy that unites us to the universal. Videos, plastic and sound installations – in short intentionally symbolic elements – together generate this great magma, which defines man through his indefinability or his persevering fascination with the double and the dual, for the elusive ineluctable.

As I wrote above, the works – if that is what we should call them – created by the two artists are contextual in nature. Here we find – among other things – a version of Ravel’s Bolero whose tempo has been amended musically and recreated to apply the logic of the Fibonacci sequence; then, as we progress from one room to another, we pass through the time of instability and of endless construction and deconstruction… ultimately arriving in the last of the rooms – FRAUGHTIANA 3 – where a space built inside another space conjures up the idea of the almost esoteric catharsis of a songbird’s trill or masonic symbolism via the element of light.