Soft in Soft out_Encoding and Decoding 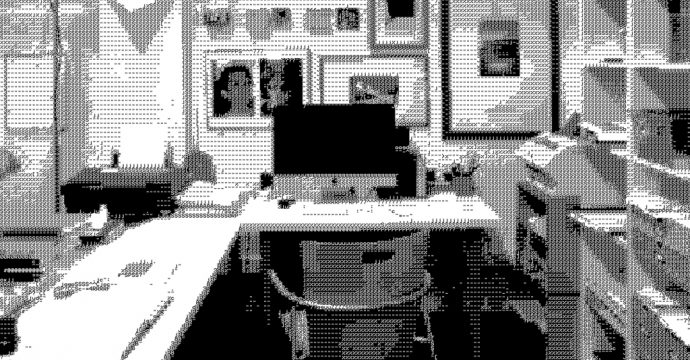 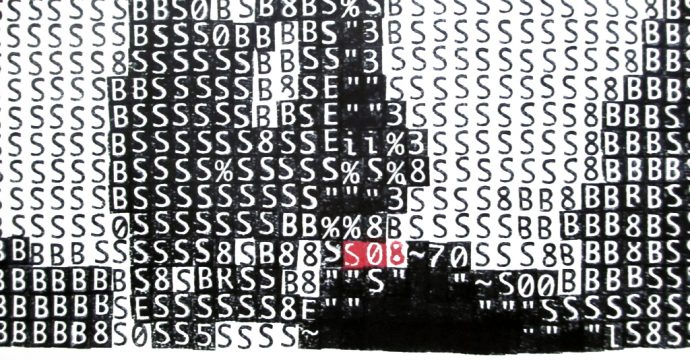 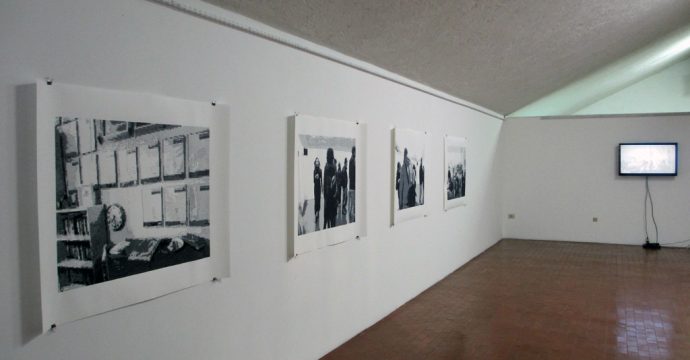 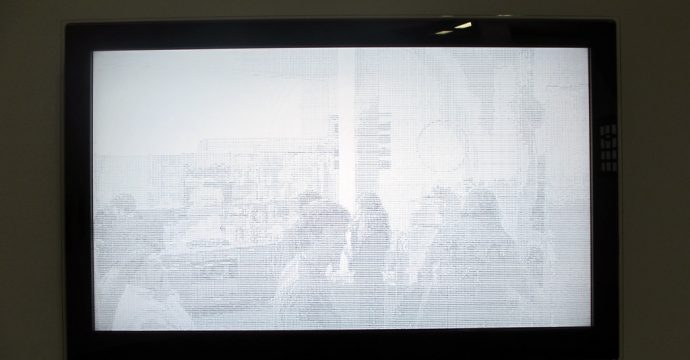 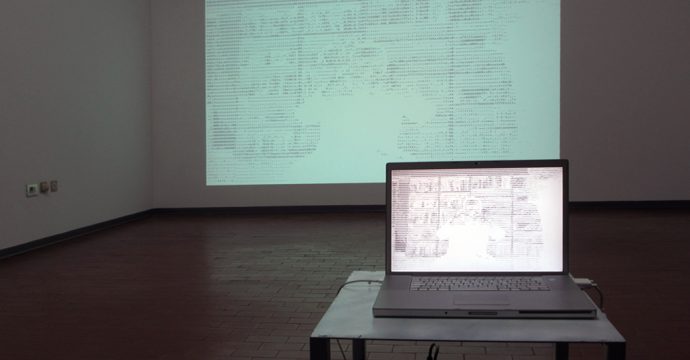 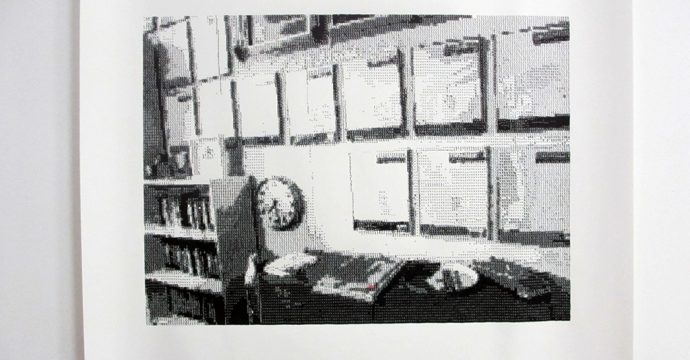 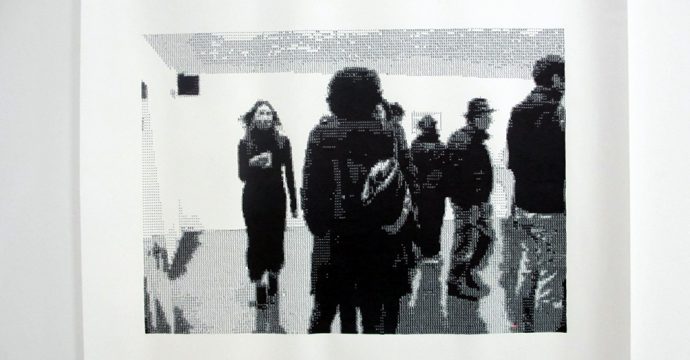 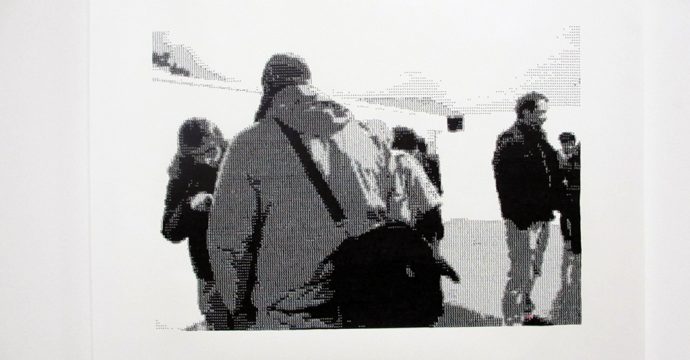 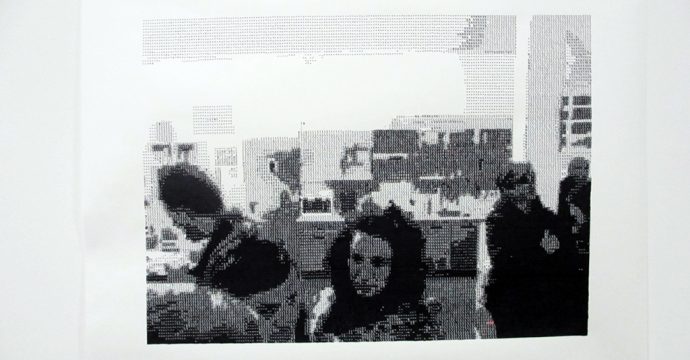 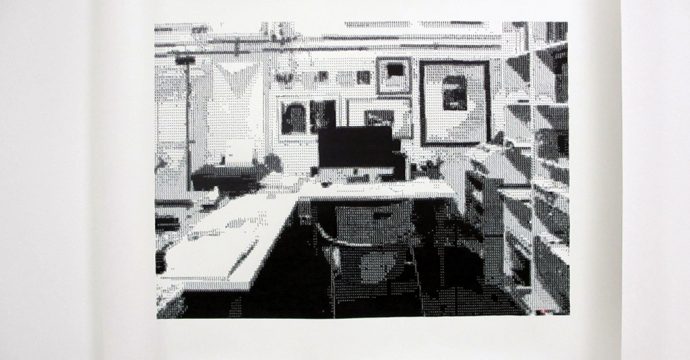 The work of the Italian artist Pier Giorgio De Pinto (1968) thrives on the relationship between representation and concept in a constantly and suddenly changing image-based society in search of a new identity. Since the sixties, recent changes have been taking place in parallel with the rise of new technologies, which partly replace man, conceptualising his creative actions. The result is the advent and materialisation of a new aesthetic of art and, by analogy, of that self-same creative action. Machinery first, then later computerised technologies have truly influenced the language of art in an aesthetic sense: excellent artifices of the process of the virtualisation and creation of countless metastases of virtual worlds and invented parallels.
In this sense, art and its styles will continue to exist for man, even though some may consider them relegated to oblivion, even though they break through their borders and invade the spheres of social reality. Today’s networking is to a certain extent the legitimate offspring of an aesthetic of technology, forever challenging reality and truth to renew their precarious balance. Hence why “creative” aspects – to use a term that determines the wear and tear to which art is subjected as a factor of its authenticity – are increasingly entrusted to technological mediators.
SOFT IN SOFT OUT [ENCODING AND DECODING]: encoding and decoding, identity and otherness are the themes that De Pinto has chosen to develop for a site-specific work custom-designed for Ermanno Cristini’s space in Varese, where the trans-disciplinary meaning of his work focuses on encoding and decoding as the locus where identity and otherness meet and clash.
The result of his research is summarised using such media as installation of five drawings, a video in loop and an interactive installation via ASCII code.
In its profound meanings, signs and subjectivity are not consumed within a symmetrical and equal exchange between the speaker and the listener, between the one who declares and the one who interprets, between the interpreted sign and the interpreting sign. Acting within an intersubjective relationship between author and user, they are not restricted to a mere exchange, but take on form and substance in their reversible move towards the other.
Mario Casanova, 2013 [translation Pete Kercher]
_______
In 2019 De Pinto shown three of the works (R@E, BSE, JEZ) for Il “Valore” dell’Arte (the Value of Art) , group show curated by Fondazione per l’Arte in collaboration with Banca Profilo.
Venue Banca Profilo, via Carissimi 41, Rome, Italy.

The exhibition project Il “Valore” Dell’Arte was conceived by Fondazione per l’Arte in collaboration with Banca Profilo, an independent institution specialising in Private & Investment Banking services for the management of the overall assets of private and institutional clients. The project is in continuity with the Foundation’s long-standing activity of supporting, promoting and enhancing the value of artists.

Moving outside the traditional circuits and acting transversally, Fondazione per l’Arte presents among its main objectives the possibility of fostering a dialogue between different cultures, generations and spheres through art and culture.

The exhibition of historical and contemporary art promoted by the Fondazione per l’Arte in the Roman headquarters of Banca Profilo, which symbolically represents the institutional place for investment and money saving, is an invitation to interrupt the economic logic that governs the world of material goods, precisely in the place par excellence where they are carried out.

In fact, the value of an asset is considered to be the amount of money in which “supply and demand can meet by perfecting the exchange”. And if the value of use is what determines the value of exchange, what we define as works of art are artefacts extraneous to any use.

For the occasion, a selection of works that immortalize a segment of history from the avant-garde of the early twentieth century to the present day, passing through the conceptual, analytical and abstract season of Italian painting, will be set up in the spaces of the Roman headquarters of Banca Profilo.

The path conceived by Fondazione per l’Arte will unfold through the spaces in Via Carissimi 41, which will also become a place for the realization of design ideas, bringing together the research of artists of different natures and eras and insisting on the possibility, outside the logic of common consumption and exchange, to consider the added and intrinsically priceless value of art.

The “Value” of Art invites to reflect on the exceptionality of the artistic object, which as a unique and unrepeatable cultural artifact enjoys a system of values that are its own and exclusive. In the name of a paradox: the work as an object lives a material existence that makes it similar to any other good. But as a spiritual product of an artist’s creative genius, it transcends and frustrates any scale of values relevant to material reality.

Note: The work R@E alone (the one with the wall Clock) has been displayed at Castle of Malaspina Fieschi Doria, Santo Stefano D’Aveto (I). Group exhibition curated by Ivano Sossella.

UPDATES: Four works out of the series, except the BSE work, have been acquired by BancaStato, Banca dello Stato del Cantone Ticino (The State Bank of Canton Ticino), on December 2021.

Announcement in the news of the site